If I was writing a wedding announcement for these two, it would probably start out with my just-the-facts manner before devolving into a mess of a discussion about roses, 3-button suits, and broaches. Alas, I am not the writer of wedding announcements. This picture was taken on Karl and Lizzie’s wedding day, Sunday, 26 August 1906.¹

I don’t know the time of the service, and unlike other Christian denominations, Mass times for the Catholic churches don’t appear in The Topeka Daily Capital. The weather this Sunday was described as fair, with temperatures in the upper 70’s to lower 80’s.² Surely, for August in Topeka, it was a lovely day to get married.

Carl and Elizabeth would see this marriage last fifty-five years, until Carl’s death in 1962. Elizabeth died in 1972. 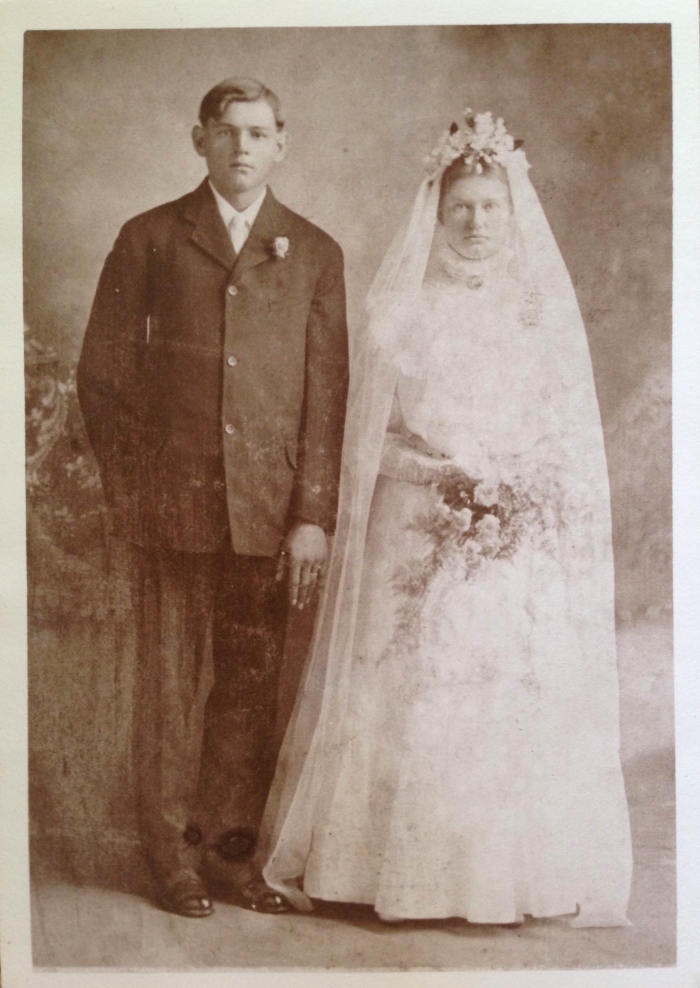