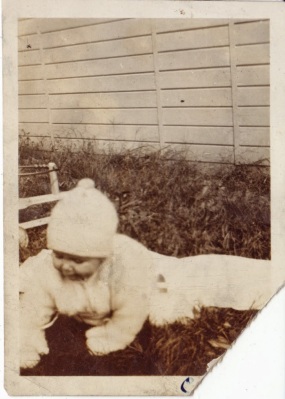 This cute little kid crawling in the grass is probably my grandfather Charles Lowry, or Junior as he was called at the time. Based on his age and how bundled up he appears here, I’m guessing this photo was taken in the spring of 1925. Grandpa was born in November 1924, so perhaps this was the first time he was outside to play? How fun it must of been for his parents to be able to photograph that experience!?