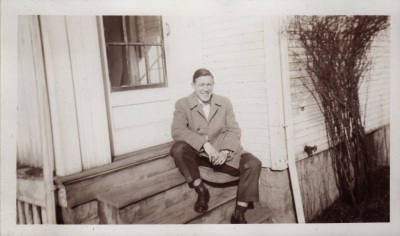 Wearing what appears to be a tan rain coat or over coat, my grandfather Chuck Lowry looks to be quite happy in this photo. Based on similar photos in this series, this was taken when he was still in high school, around 1941.