Skip to content
HomeCheer, Cheer for Old Notre Dame…
People often wonder why I’m such a huge Notre Dame football fan. “Did you go to Notre Dame?” No. “Did your dad?” No. It’s quite simple. It’s in my blood. My love of Notre Dame football goes back at least three generations, when Midwestern, Catholic, Irish-Americans were looking for something to rally around. Ironically, it was a Norwegian chemist named Knute Rockne who brought the Fighting Irish to the national stage.
As Notre Dame football kicks off for the 126th time, it’s worth remembering those seasons that came before. The weekend of November 21 – 22, 1942, my grandfather Chuck Lowry and two buddies traveled from Youngstown to South Bend, Indiana. #8 Notre Dame took on the dismal Northwestern Wildcats. The Irish, coming off a loss to #6 Michigan, beat the ‘Cats 27-20. Notre Dame finished the season 7-2-2 (with ties against Wisconsin and the tough Middies of the Great Lakes Naval Station). 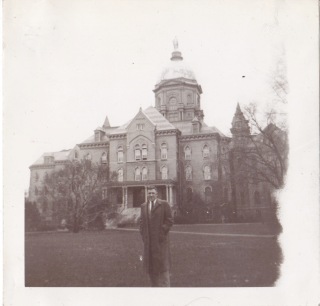 A young Chuck Lowry in front of the Main Administration Building.

Chuck’s friend Walt Huebner in front of the the Main Administration Building.

The signage celebrates 100 years since Father Edward Sorin founded the Our Lady’s University. 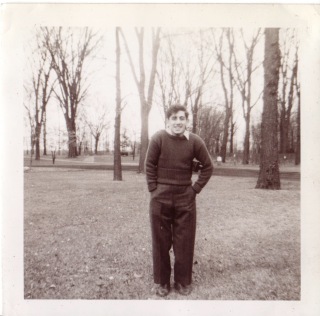 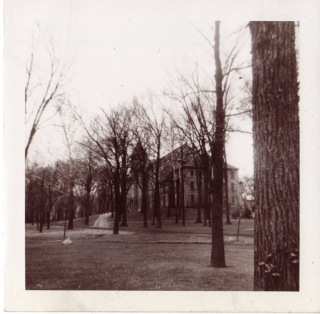 The Rockne Memorial. This rec center was only five years old when this photo was taken in 1942.

Church of the Sacred Heart. It was elevated by Pope John Paul II to Basilica status in 1992. 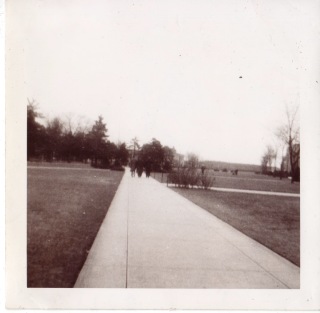 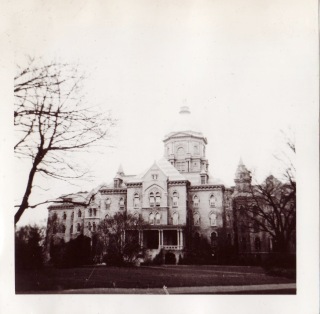